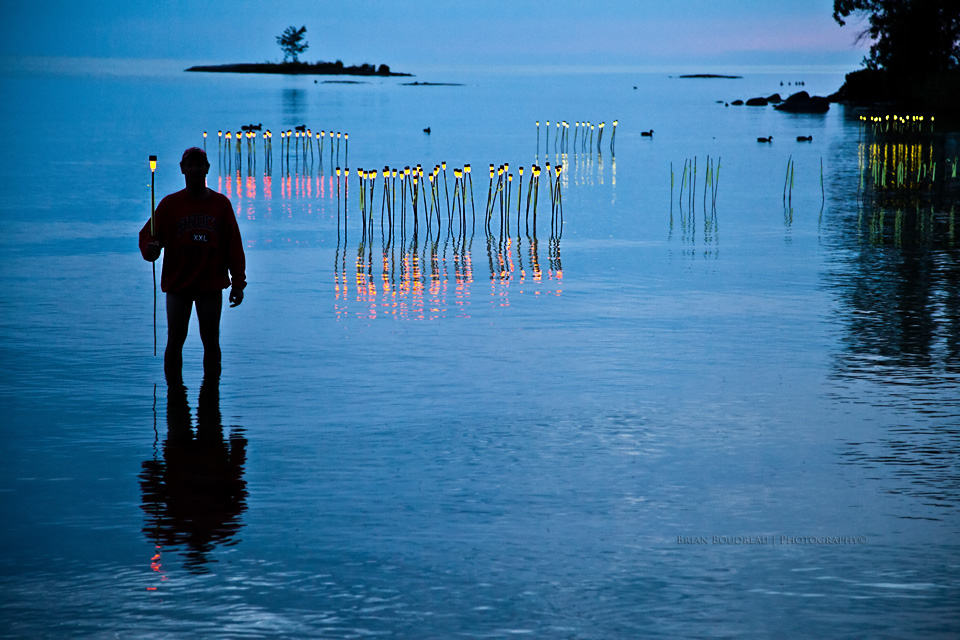 This was my strangest stranger meeting to date. I was shooting these bulrush lights (blog post coming soon) with another local photographer when we were approached by Todd. He had a beer in his hand and was asking us 50 questions about the lights. The next thing I knew he had taken his pants off and was into the water in his underwear to investigate. Now he grabs a light and starts yelling at me to take his picture and send it to the local tv station.

I was unsure about posting this shot because even though I did get his permission to post it. I at no point condoned or asked him to go into the water and remove any lights that were on display. several friends have urged me to post it as part of my project so here it is.

This picture is #006 in my 100 strangers project. Find out more about the project and see pictures taken by other photographers at the 100 Strangers Flickr Group page